The Caveau du Château in Ampuis is a remarkable place to discover and taste exceptional wines from the Rhône Valley: Côte-Rôtie, Condrieu, Hermitage, Châteauneuf-du-Pape and many others. The building owned by the Guigal family was renovated between 2017 and 2019 and transformed into a unique place dedicated to oenology, gastronomy and two thousand years of history and culture.

The Caveau du Château offers an experiential space around the wines of the Rhône Valley. Several rooms are spread over three levels for a convivial and sensory visit: a museum dedicated to the history of viticulture, oenology and cooperage, a 130 m2 seminar room for oenogastronomic events and a large tasting and sales room.

French KNX building services specialist Martinet-Andrieux Electricité was instructed by the estate founders and owners, the Guigal Family, to carry out an electrical renovation that would equip the dedicated wine venue with lighting scenes to showcase it’s exclusive range of wine appellations from the Rhône Valley.

The brief focused on some precise lighting requirements to enhance the site and the rooms, and to enlarge the vaulted cellar for wine tasting. 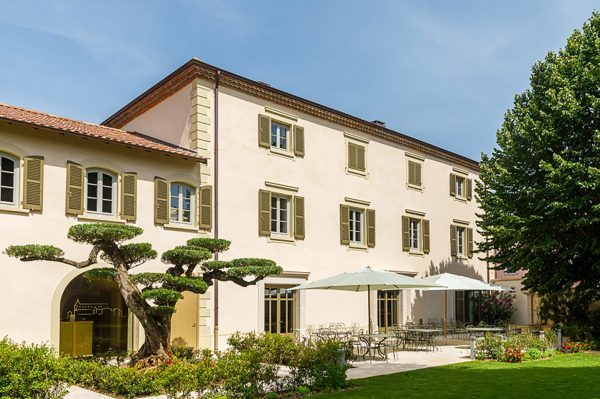 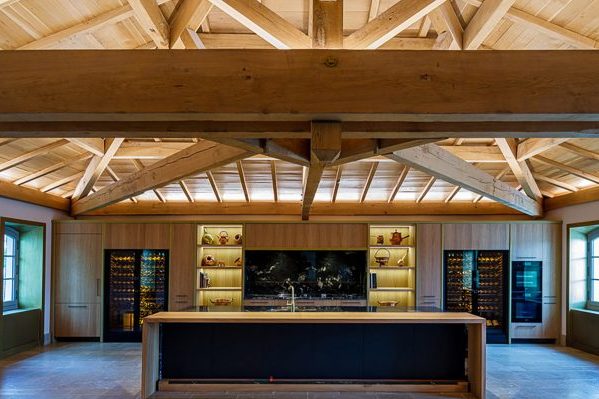 Eight DALI-Gateways KNX plus by KNX UK Manufacture member Theben provided the interface between the KNX system and DALI lighting control. These connect the lighting networks to the KNX bus. This includes all rooms in the building as well as the outdoor areas, the landscaped park and the path markings. “On each DALI gateway you can create different lighting zones, and on each luminaire track you can customise each light” describes Geoffrey Platet, Integrator at Martinet-Andrieux Electricité. “The possibilities are as varied as the customer’s wishes. For example, each luminaire can be dimmed individually and scenes can be created, such as automatically lowering the lighting by 30 %. Since the KNX installation can be changed quickly, we use the Test & Learn mode to implement the customer’s changing needs. Together with the customer, we determine what works and what needs to be adapted,” explains Geoffrey Platet.

Numerous KNX products from Theben were used in the project, including theRonda S 360-100 Flat and PresenceLight 180B KNX for presence-dependent lighting control indoors and outdoors.

“We met Philippe Guigal’s very precise expectations for the lighting of the chateau cellar,” explains Stéphane Martinet-Andrieux. “The aesthetic design of the lighting scenes formed a decisive criteria with a level of requirements that is rarely asked for!” The Martinet-Andrieux Electricité team then opted for a KNX infrastructure, which was slightly more expensive but met perfectly Mr Guigal’s expectations. At the same time, it was flexible, expandable and adaptable for future changes. “We previously used the IHC protocol, which is no longer available. Now we use KNX and are very happy with it. As soon as our projects allow, we will also install KNX in high-end residential projects,” explains Stéphane Martinet-Andrieux.

“For the client, the results of the adjustments are very quickly visible, especially in the spaces with public traffic such as the tasting room on the first floor and the museum in the basement. This enhancement of the rooms and the exceptional wines, through lighting is a great showcase for the Guigal family and for us,” Stéphane Martinet-Andriex is pleased to say.