Nominated by members, the KNX UK Association Champion is the person who has gone the extra mile in promoting the benefits of manufacturer-independent KNX smart home and building control. This in turn enables more end-users to benefit from the freedom that comes with KNX futureproof and flexible control, and helps forward thinking systems integrators to win new business and flex their creative muscles, as evidenced by the winning projects in the annual KNX UK Awards.

Graham has been heading JUNG UK operations since 2017, and has been an active member of the KNX UK Association throughout. He is generous with his time, sitting on both the KNX UK board and several of its working groups.

His main focus is on introducing M&E contractors, developers, architects and lighting designers to the potential offered by integrated building control, and demonstrating the importance of choosing the right approach early in a project. To that end he and his team are always happy to host visitors at the JUNG London showroom in the heart of Clerkenwell to show them how collaboration between controls manufacturers works in action.

An MCC member, Graham is often seen at Lords. Squeezing the most out of every day, he is also a fixed wing and helicopter pilot, and a Rugby Union and Formula 1 enthusiast.

Graham and his team are a true asset to the KNX UK Association and we are delighted to name him our 2022 Champion. 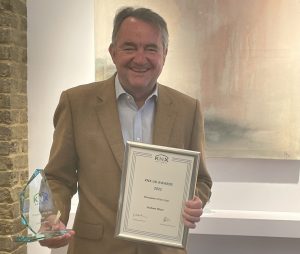 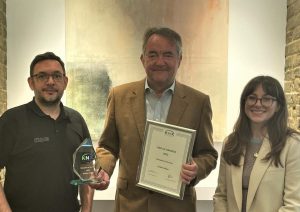 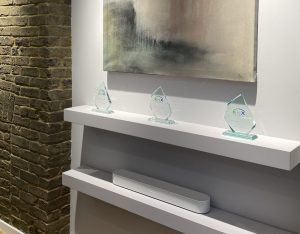